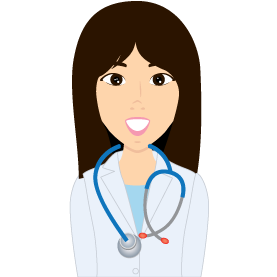 Many women do not get the health care they need because they are so busy taking care of work, home and family that they put themselves last. Unfortunately, this can end badly for everyone. My name is Emily, and I am an OBGYN specialist. I meet too many women who do not see an OBGYN unless they are pregnant. Any adult woman should get routine care and testing, especially if she is sexually active. I hope this blog will educate you on the need to see your doctor or health care provider and will encourage you to make that appointment today.

Normal events such as sexual intercourse, childbirth, and routine medical procedures can introduce harmful bacteria into the genital tract. Pathogenic bacteria present in the vagina or cervix can ascend into the uterus, fallopian tubes, or ovaries, causing infection. The infection may result in inflammation of the upper portion of the genital tract, a condition known as pelvic inflammatory disease (PID.)

While many types of bacteria can cause PID, the bacteria that cause gonorrhea and chlamydia cause the majority of PID cases. The sexually transmitted infections pass between partners during unprotected sex when a barrier contraceptive has not been used. STIs may go untreated if the patient does not have symptoms or the symptoms are mild and generalized. Without treatment, gonorrhea and chlamydia can lead to PID within days or weeks.

Bacteria that cause PID can also come from events unrelated to STIs. Any procedure that involves the insertion of an instrument or object into the uterus can introduce PID-causing bacteria. Whenever the cervix is breached, such as during childbirth, miscarriage, or abortion, there is a small chance of bacterial infection that could result in PID.

Symptoms of PID range from mild to severe, and in some cases, PID does not cause any symptoms. Patients may experience

Because some of the symptoms of PID can be indicative of other conditions, such as appendicitis or ectopic pregnancy, gynecology care providers use multiple methods to diagnose PID. A pelvic exam can show inflammation in the tissues of the genital tract. Laboratory tests of fluid samples taken from the cervix can identify the bacteria causing the infection. In some cases, providers may use ultrasound or collect a biopsy from the endometrial lining of the uterus to confirm the diagnosis.

Antibiotics are the primary treatment for PID. An antibiotic that targets a specific pathogen may be prescribed, or the doctor may prescribe a more general antibiotic. In some cases, more than one antibiotic may be needed to fight the infection. In severe or recurrent cases of PID, the patient may need to stay in the hospital to receive IV antibiotics or have abscesses surgically removed.

Severe cases of PID can cause scarring of the fallopian tubes. Scarring may also occur in milder cases when treatment has been delayed. Tubal scarring can cause infertility, especially if PID resulted from a chlamydia infection.  PID also increases the risk of ectopic pregnancy when an egg remains trapped in the fallopian tube due to scarring.

Pelvic inflammatory disease cannot always be prevented, but women can decrease their risk of getting PID by adjusting their behavior and lifestyle choices. Limiting the number of sexual partners and always using barrier methods of birth control, such as condoms and dental dams, reduces exposure to bacteria. Regular testing and prompt treatment of STIs for both partners also minimize the risk of PID.